The Canterville Ghost THE RAVEN. 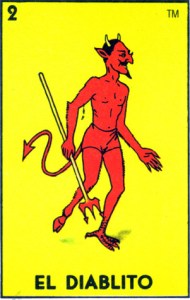 “I can hear them scratching,” the chubby faced little boy says as he searches through a large box of Crayola Crayons.

The doctor sat directly across from him, his hands on the metal table. “What do you mean, Sebastian, that you can hear them scratching?” The doctor’s voice was cool, soothingly-hypnotic.

The room was yellow with pictures of the Looney Tune characters hung around the walls. There was Bugs Bunny on one wall, Daffy Duck on the other, Tweety Bird on the third, and on the fourth wall – the Tasmanian Devil. The wall with the Tasmanian Devil was directly behind Sebastian.

Richard stood in the darkened room, and watched his son and the doctor through the double-sided mirror. They could not see him. He wondered if the psychologist sat Sebastian facing opposite of the Tasmanian Devil on purpose.

“I dunno,” Sebastian shrugged his head to his left shoulder. “They just scratch, at night, in the walls.” He ran his fingers across the degrees of greys, then blues and finally halted on the collection of greens. “Scratch. Scratch. Scratch. Inside the walls. Sometimes they do it all night.” The little boy pulled out a dark green crayon and yawned. The harsh, bright lights in the room emphasized the dark circles beneath his eyes. His golden brown hair was messy, and he wore a light blue hospital gown with a dark blue sweater over it.

Sebastian grabbed the paper. His eyes remained transfixed on the box of crayons. “He said he’d be back for me…and he just kept coming back and back. I told my mom, and she would just cry.” Sebastian put the crayon to the paper and began drawing a pointed hat. He looked up and smiled. “This box has all the colors,” his smile faded, “but my Father didn’t want to buy them for me.”

Sebastian was Richard’s only child with Socorro. They lived a comfortable life in Sarrià, Barcelona’s most prominent neighborhood. Sebastian attended a prestigious international school by day and at night he practiced ballet with his mother, a principal ballerina with the Ballet Nacional de España. Richard at first was apprehensive about his son, even at six years old, training for ballet. Yet, when he saw the passion with which the boy moved, he himself could not deny the talent.

Socorro had wanted a bigger home, one with space for Sebastian to train. Richard found her the house of her dreams in Sarria. It was a historic four-bedroom, three-bathroom house with claw foot tubs and a cherrywood spiral staircase. The house cost more than most people could afford in a lifetime, but it was the home Socorro wanted and he did all he could to please her. After they moved in, it only took one month for their dream to unravel. The house showed Richard monsters he thought only existed in old fairy tales. Even that first night sleeping in their bedroom, Richard could feel something breathing within the walls, watching between the cracks in the floorboards. He was unsure then, but now he was certain that there was something there with them – in that house.

“Do you have a name for them?” the doctor asked in the soft, soothing voice.

Sebastian finally looked up. He pursed his pink lips and pressed a green crayon into his round right cheek. “Mmmm.” He shook his head and then he looked to the mirror with his pained, brown eyes.

Richard didn’t care what the detective had said. He felt his son could see him standing in that dark room.

“No, but my father said they are called Duende’s.”

There was a throaty, cigarette smoker’s laugh from behind Richard. He knew there was someone standing feet from him the entire time. Regardless, in this observation room with nightmarish possibilities he still felt alone.

The tall figure moved beside him. He was taller than Richard, older, with gray hair and sagging cheeks. The man’s laugh was cold, disconnected, but working in such a profession for such a long time Richard imagined one would have to be.

“Sebastian is just a boy! He’s six years old. There’s no way he could have done anything so…so…torturous,” he said glancing over to the detective.

Taking a slow sip from a paper cup, the detective said. “You’d be surprised to find out what any human being of any age would resort to under such…conditions.”

“How could he have done such a thing? There’s just no way…” Richard’s voice trailed off.

“Mr. Torres, I’m 70 years old, and growing up in the northern mountains of San Sebastián long ago, without the comforts of today’s technology there really wasn’t much one could do to be entertained. Of course, there was work. I tended the land for my aunt. And, late at night when people from neighboring towns would gather in the plaza we would tell stories to entertain, and to justify why some thing’s happened.

When I noticed items disappearing in my aunt’s home, random plates, or old books, she would say it was the Duende, a goblin who was the real owner of the house. One day, I began to hear tapping on my walls. At first it was just one tap that would wake me in the night. The next day it was a flood of fluttering taps all about the room. I was a ragged little child, barefoot always because my aunt didn’t have any money for socks, let alone shoes for me. I worked on her farm, tending cattle, and as a boy in that time, and that place I rarely if ever bathed. One night, I saw it, this little bulbous-nosed, flesh-colored creature standing at the foot of my bed. It had the squished face of an old man. It was shorter than me at the time, perhaps four-feet tall. This thing glared at me with two large round black eyes. A dusty and dirtied pointed hat rested on its head. It held a bolt cutter that it must have gotten from out in the barn. Its fingers were long, gnarled and slimy. This thing, it didn’t say anything. It just whipped off my thin sheet and grabbed my left foot and clipped off a toe. Blood squirted and I screamed. The creature laughed and laughed, rejoicing as I moaned and cried for my aunt who never showed. I wonder now if she was in some sort of trance in her room next door.

This thing, held up my toe, sniffed it with his large nose and then sucked on the bloodied end and then dropped it on its black tongue. I remember those teeth, rotted and yellow, with bits of fur from some animal it must have devoured still lodged between its teeth. As it left my room, it hissed that it would be back for me the next day.

When I told my aunt the story the next morning she told me not to worry. Gently, she washed and bandaged my foot. Then she told me that if anyone were to ask me what happened that I was to say I had cut myself accidentally in the barn, as I was shoeless. That night, my aunt prepared a large meal and asked me if I had enjoyed living with her. I said I did so, very much. She talked to me on and on about her cousin in Barcelona who would care for me if anything should ever happen to her. She then showed me to her desk in her bedroom and there she gave me the key to where she kept the deed to the house and the farm. Then, she showed me a trick floorboard underneath her bed and there she kept a small savings. She instructed me to secretly set this money aside for my education, again if anything were to ever happen to her.

Before bed, she insisted that I sleep in her room, on her larger softer bed. She then went to sleep in my room. The next morning nothing remained of her except for a few bones and blood soaked bed sheets.”

Back in the examination room, Sebastian scribbled away at long, white sheets of paper. There were lines of red and green from what Richard could see.

“Sebastian, did you love your mommy?” the doctor asked.

Choking back tears, Richard said “Of course he loved his mother. He loved her very much.”

“Scratch. Scratch. I don’t like it when they scratch. They don’t let me sleep. I just want to sleep.”

“It’s all right, Sebastian. We’ll talk more later. You’ve done good work today but you’re right. Let’s get you to bed.” The doctor picked up a telephone on the center of the table and dialed an extension. He stood up and told Sebastian to show him both of his hands, which the little boy did. The doctor removed a pair of handcuffs from his back pocket and handcuffed the boy.

In seconds there was a light knock on the steel door. The doctor stood up, pulled back the latch, and nodded. A nurse entered, pushing a wheelchair. She positioned it next to the boy.

“Sebastian, just hold steady.” The doctor stood at one side of Sebastian and the nurse on the other. Carefully, they lifted the little boy up, and as they did Richard saw the bandaged, bloodied stumps where his son’s legs once were.

“You’re wife could’ve given herself over to her fate a little sooner Mr. Torres, to protect her son, as my aunt protected me.”

“You believe him then?”
“Of course I believe the boy, but I will never go on record saying that. As far as the law

is concerned he is guilty of the murder of your wife.”

The detective tossed the empty paper cup into the wastebasket and walked out of the room.

If you enjoyed this article, please consider sharing it!